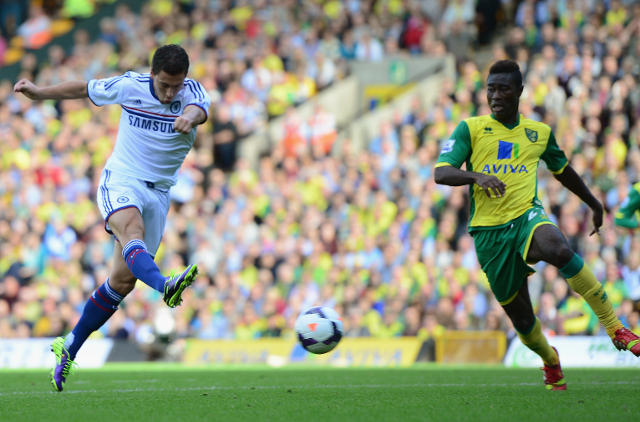 Chelsea can make a real push for the European title alongside Arsenal as Manchester United and Manchester City fall behind.Chelsea can still turn their bumpy start to the Champions League around with plenty of time ti make a convincing challenge for the trophy this year.

Last year’s Europa League winners have been reunited with Jose Mourinho, who is also expected to lead them to Premier League glory as well as on the European front. Drawn into a group alongside Schalke, Steaua Bucharest and FC Basel, the Blues could be considered easy favourites to finish top of the pile and take a comfortable route into the next round as a number of top betting sites would have them placed.

However, an early slip up against Basel (who they faced in last year’s march to European victory) had many questioning their credentials, but a 4-0 win over Steaua had them back to their best that had boss Jose Mourinho purring.

The Special One was somewhat obsessed with the trophy during his first spell in charge at Stamford Bridge, and though he had refused to prioritise one trophy over another, he will want to go one step further than the back-to-back semi final appearances he achieved in west London after winning it with Porto.

However, that was six years ago and a lot has changed. Stars that were once in their prime like John Terry and Frank Lampard are now ageing, and the squad are now run by a slew of effervescent youngsters like Eden Hazard, who has already started the season well. Where the old stars will want one more shot at glory, the younger stars will be hungry to put a notch like that under their belt as soon as possible.

Mourinho’s experiences in between his tenure’s with Chelsea have also stood him in good stead too. He won the tournament with Inter Milan in 2010 before reaching the semi finals (again) and his inability to bring the silverware on home ultimately cost him his job.

With that disappointment in mind Mourinho will be sure to do all that he can in order to right the wrongs of the recent past by utilising his talented young squad to the utmost.