Chelsea are reportedly one of a trio of Premier League clubs who have begun talks with representatives of Borussia Dortmund striker Robert Lewandowski according to Goal.com.

The 25 year old Polish international is out of contract in the summer and is free to agree a pre-contract deal in the January transfer window and Jose Mourinho would certainly do well to land an effective goal-scoring option to boost his ailing attack.

Thus far this season the Blues striking quartet of Demba Ba, Fernando Torres, Samuel Eto’o and Andre Schurrle have managed just one single Premier League goal between them and Mourinho will be keen to welcome in Lewandowski to lead his Stamford Bridge strike-force. 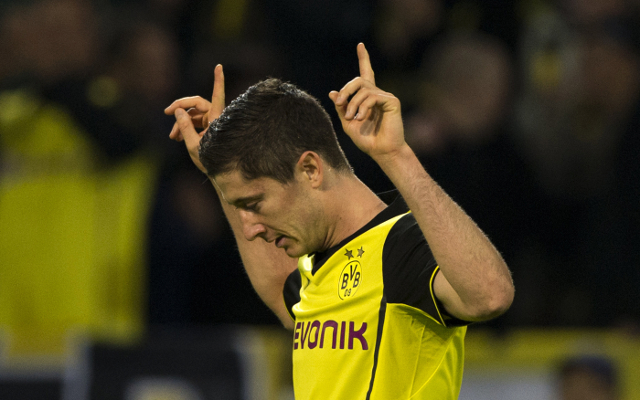 Bayern Munich had been thought to be leading the chase to sign Lewandowski but Borussia Dortmund are understandably reticent about selling one of Europe’s most feared strikers to their domestic rivals.

Jurgen Klopp has already seen youngster Mario Gotze move to join the Allianz Arena outfit and Borussia Dortmund will be doing all they can to keep hold of Lewandowksi but if they fail to do so then they will certainly attempt to cash-in on the striker in January with a sale to a Premier League club being a far more acceptable proposition.

Lewandowski has scored 84 goals in 148 appearances since moving to Germany from Lech Poznan.