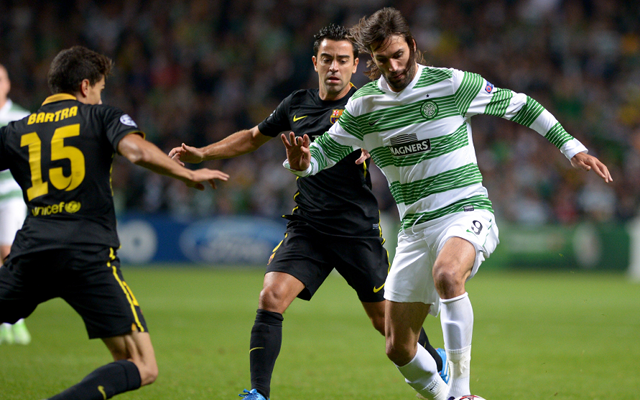 Check in to Celtic vs Ajax

Celtic striker ieorgios Samaras has insisted that he remains committed to the club despite ongoing contract negotiations over a new contract causing concerns over his future, Sky Sports reports.

The Greek international’s current deal expires at the end of the season, but he has yet to agree a fresh extension to keep him there beyond  the summer.

However, Samaras, who joined Celtic from Manchester City in the summer of 2008 on a permanent basis after a successful loan spell, is confident he will be able to pledge his long-term future to the Scottish champions by agreeing a new deal soon.

“I am fully committed to Celtic. I’ve had six years here and they have given me everything,” Samaras told the Daily Record.

“I am almost 13 years away from my home country and trust me, it is not easy to be away from family and friends for so long.

“But even in the tough periods I feel Celtic is my home.

“Both of the sides want me to stay and in the end there will be a solution.”

From inconsistent enigma, the Greek is now the club’s Champions League talisman – the first man the opposition mention when asked to name a Celtic player they admire, he has also recently been linked with a shock move to Barcelona.