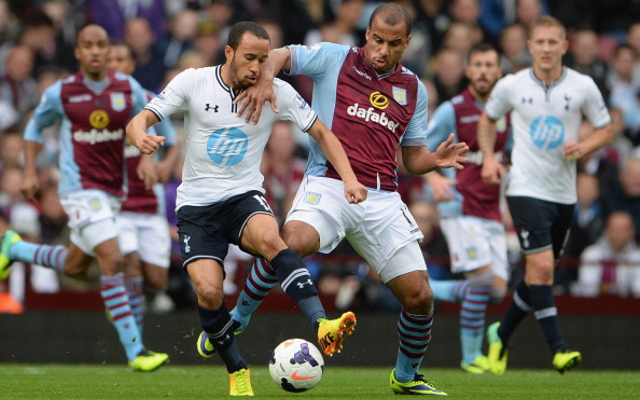 With Bale departing White Hart Lane in a world record £85m move to Real Madrid in the summer, Townsend has really stepped up his game for Spurs, starting the season in fine form for both club and country.

A skillful winger, Townsend first showed great potential on loan at Queens Park Rangers for the second half of last season, and now looks an undisputed starter for his club, capping a great week with a fine goal in Sunday’s victory over Aston Villa.

Although over £100m was spent by the club on new attacking players such as Erik Lamela, Christian Eriksen and Roberto Soldado to help replace the influence of Bale, Vertonghen now believes Townsend’s form has been a decisive factor in the club’s good form.

The Belgian defender also feels that the exciting winger has plenty of time to improve and reach the fantastic level Bale reached for them last season.

“I think Andros can be our new Gareth Bale,” he said. “He has so much pace and technique and skills, and he can do it with both feet. I hope he can keep going like this and he can even be our best player.

“Can he reach the same level as Bale? Maybe one day, if he keeps working – and he will. He’s young. In two or three years I think he can go to that level, yes.”