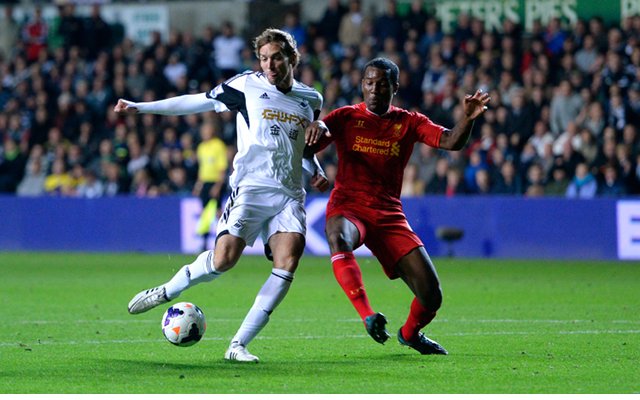 Liverpool hope the decision to loan Derby 20-year-old defender Andre Wisdom will help them beat a number of Premier League clubs to the signing of Rams midfielder Will Hughes, 18. – Daily Star

Ian Holloway’s future as Crystal Palace manager is in doubt ahead of a meeting with the club’s co-chairman Steve Parish. – Guardian

Arsene Wenger has yet to make a decision over his long-term future as Arsenal manager. The 63-year-old is understood to have been offered an extension to his contract, which expires at the end of the season. – Daily Mail

The Gunners plan to offer a contract extension to goalkeeper Wojciech Szczesny. The 23-year-old’s current deal expires in 2015. – Daily Mirror

Japan striker Keisuke Honda, 27, will be joining AC Milan on 1 January after his contract expires at Russian side CSKA Moscow. – L’Equipe (French)