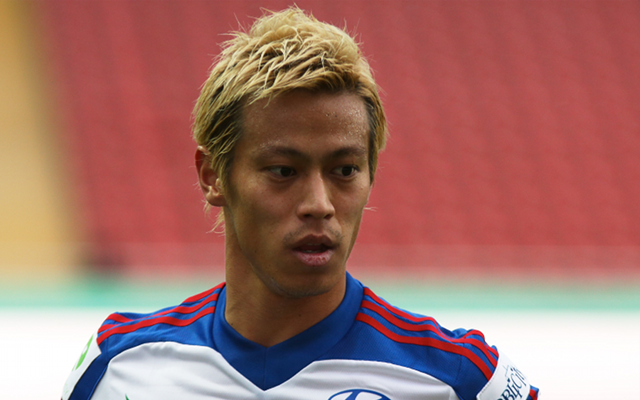 North London rivals had been tracking 27-year-old recently in the hope of bringing him to the Premier League next year.

Both Tottenham Hotspur and Arsenal appear to have missed out on the signing of CSKA Moscow midfield player Keisuke Honda after it was revealed that the Japanese star was signing for Serie A giants AC Milan when the winter transfer window finally opens again for business for the year in January, according to reports in L’Equipe.

The highly rated playmaker, who has been consistently linked with a move to either the Emirates or White Hart Lane of late, has been with the Russian giants since December 2009.

And in the intervening four-year period, the 27-year-old has managed to hit the back of the net on 27 occasions in total in his 115 matches in all competitions for CSKA, including 20 strikes in his 86 league outings for the club.

As a result of those eye-catching attacking numbers during the previous four campaigns in the Russian capital, it is understood that the Rossoneri have already agreed a deal to sign Honda on a free transfe at the turn of the year , with the player’s current contract with CSKA due to run out on Dec 31.

Milan themselves have also been continually linked with the Japanese in recent times, and now the Italians appear to have finally got their man.