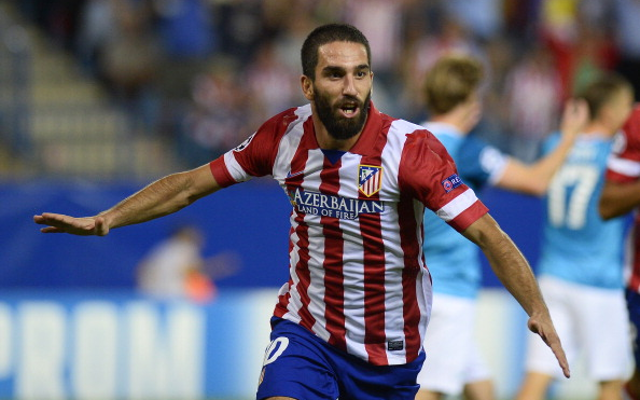 Arsenal and Liverpool could be set to compete for the signing of Atletico Madrid winger Arda Turan this January, according to Tutto Mercato.

The Turkish international has been a stand-out performer for Diego Simeone’s side in recent seasons, showing great ability to notch up good numbers of goals and assists from the flanks, and has been linked several times with the Premier League’s biggest clubs.

Manchester United and Chelsea have also targeted him in recent times, though it now seems likely that Arsenal and Liverpool will step up their interests in the 26-year-old when the transfer window re-opens in the middle of the season.

Liverpool in particular are in need of extra players on the wing, having let the likes of Stewart Downing and Oussama Assaidi leave in the summer, and bringing in only Victor Moses on a loan deal from Chelsea.

Arsenal may also feel Turan would be a useful option for their side due to the long-term absences of Lukas Podolski, Theo Walcott and Alex Oxlade-Chamberlain through injury.

Turan signed a new contract with Atletico during the summer, though it is thought that this was more in a bid to increase his buy-out clause as he still has his heart set on a move to England.