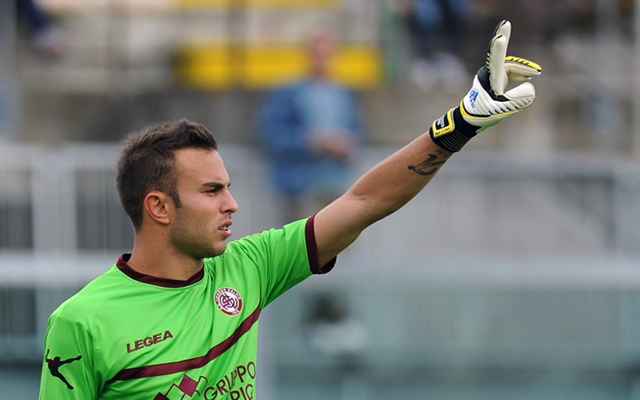 The agent of young Inter Milan goalkeeper Francesco Bardi has confirmed that Barcelona and Manchester City have both made enquiries into signing him, according to Football Italia.

The 21-year-old has been impressing with Serie B side Livorno this season and his representative, Vincenzo Rispoli, has said that some of Europe’s biggest sides have been paying attention and have been asking questions toward his availability.

“Bardi is happy to be an Inter player and is not thinking about any other teams,” Rispoli said.

“He’s only thinking about his present with Livorno and doesn’t want any other side than Inter.

“I can confirm that Barcelona and City have followed him, but that doesn’t make us happy.”

Bardi began his career with Livorno and made a solitary appearance for them when he broke into the first team back in 2010 before being snapped up by Inter for a fee of just €1.35m.

However, he found his path to the first team in Milan blocked by Julio Cesar and then Samir Handanovic and was loaned back to Livorno where he spent the year as their first choice ‘keeper.

A further year on loan with Novara, where he was also first choice, has now been followed by a return to his hometown club for a third time.