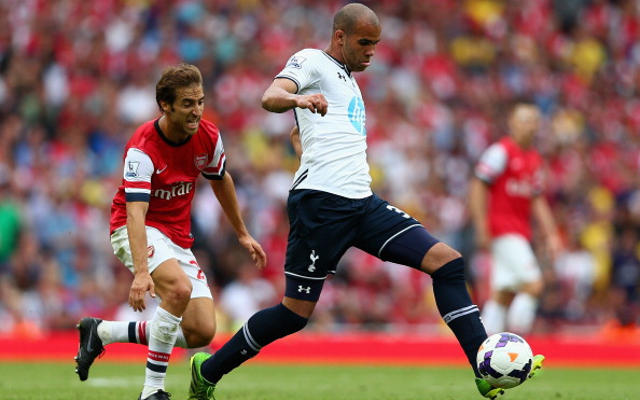 Serie A giants keen on January signing of Spurs midfielder.Serie A giants Inter Milan have reportedly lined up Tottenham’s Brazilian midfielder Sandro as one of their main transfer targets for the January transfer window, according to the Metro.

The 24-year-old is highly regarded at White Hart Lane, though a series of injury problems have hampered his progress at the club, and could see him made available for transfer this season.

Inter are ready to make some big-name transfer moves when the window re-opens in the winter, and have also been linked recently with Sandro’s Spurs team-mates Lewis Holtby and Aaron Lennon.

Andre Villas-Boas is unlikely to let three key players leave the club at once, but Inter will prioritise the signing of Sandro ahead of several of their other targets, and feel they may be able to tempt the north Londoners to sell the former Internacional man for a fee of around £6m.

Despite Sandro’s return from injury, he now faces stern competition from the likes of Moussa Dembele and Paulinho for a regular starting place in the Tottenham team, and may feel a move to Italy could improve his chances of gaining a place in Brazil’s squad for next summer’s World Cup.