Liverpool manager Brendan Rodgers has set his sights on two of the finest young midfielders in the game ahead of this January’s transfer window, as he makes Derby County starlet Will Hughes and PSG’s Adrien Rabiot his top targets, CaughtOffside understands.

The Reds boss is keen to add more creative players to his lineup, and views the teenage pair as players who could form a formidable combination with one of his own rising stars Coutinho for many years to come.

Liverpool spent big over the summer, bringing in some big names, but have also been keen to focus on building a team for the long term by signing some of the game’s most exciting young players, such as Luis Alberto, who arrived from Sevilla, and Tiago Ilori, signed from Sporting Lisbon.

Hughes, 18, is currently one of the most in-demand players in England, having impressed immensely since becoming a regular for Derby last season, and looks like one of the most technically gifted players currently playing outside of the top flight, with his intelligent and creative playing style in midfield drawing comparisons with Barcelona stars Xavi and Andres Iniesta. 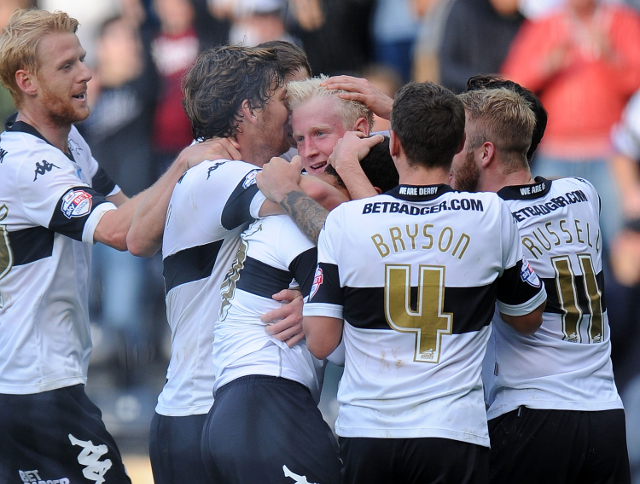 With Rodgers favouring a highly technical style based on possession football, Hughes looks an ideal player to slot into his system and become a core part of the side in the next few years, though the England Under-21 international is also attracting a great deal of interest from the likes of Manchester United and Newcastle.

Rabiot, also 18, is another similar style of player, and has impressed this season after being introduced into PSG’s star-studded first-team by new manager Laurent Blanc. The Frenchman spent last season out on loan with Toulouse, and his fine form has also seen him attract interest from Arsenal and Tottenham.

With Rabiot becoming an increasingly important member of PSG’s squad, he could command an asking price of over £10m despite his young age, while Hughes is already said to be worth as much as £15m to Derby.

However, £25m for two of the game’s brightest prospects might be seen as a worthwhile investment for Rodgers, as he looks set to be given further financial backing by the Liverpool board after an active summer in the transfer market.

The club may also bring in some money from player sales this January, with Luis Suarez looking increasingly likely to leave the club as Real Madrid prepare to make another big-money offer for the Uruguayan striker after missing out on him during the summer.

The sale of the 26-year-old forward could bring in as much as £50m for Liverpool to spend, with much of that also going on a replacement striker, with the Reds still assessing various options before the transfer window re-opens.