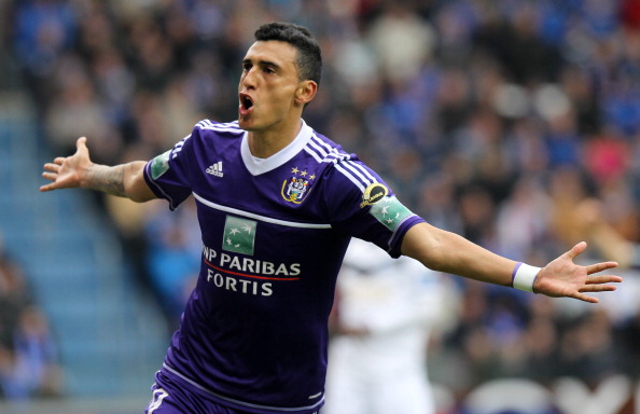 Old Trafford side keen on Argentine.

Man United are ready to step up their interest in Anderlecht forward Matias Suarez according to the Daily Star.

David Moyes has sent scouts over to Belgium to see the Argentine in action against PSG tonight and the 25 year old will be keen to put on a good show.

A host of clubs are said to be keen on the former 25 year old striker with the likes of Juventus, Schalke and Barcelona all monitoring the Cordoba born attacker.

Moyes is keen to strengthen his attack and it could be in Suarez’s ability to play out wide that has piqued the Scot’s interest. The Man United boss has seen Nani, Luis Antonio Valencia and Ashley Young all fail to make much in the way of an impact this term and new signing Wilfried Zaha is still waiting to make his Premier League debut.

Suarez has scored six and provided five assists in his opening 11 domestic league fixtures this season and would presumably jump at the chance of a move to Old Trafford.