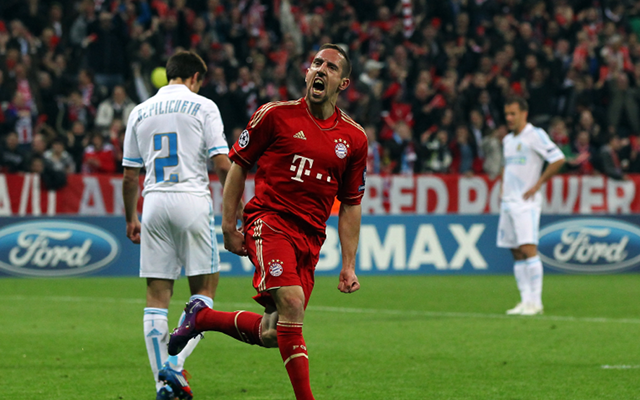 Veteran full back calls for champions to pounce for international teammate.

Manchester United defender Patrice Evra has revealed that he hopes the club will be able to sign Bayern Munich midfielder Franck Ribery, but concedes that it is highly unlikely that it will happen, GiveMeSport reports.

The former Marseille mans form with German and European champions Bayern Munich over the past year has seen him mentioned in the same breath as Cristiano Ronaldo and Lionel Messi, and Evra has recognised this more than anybody having spent time playing alongside him in the French national team.

And Evra has revealed that he has spoken to Ribery several times about heading to Old Trafford to become ‘become the next Eric Cantona’.

“Franck is the best player in the world, it was unfair that he did not get the Ballon d’Or, it is a treat to see him play, when you play with him at the moment is a gift, I am going to ask Moyes to recruit,” Evra said.

“I had already spoken with Ferguson, I so want him to become the new Cantona, but he made his career at Bayern. He hesitated, he was also linked with Real, after Bayern had asked for a large sum, I did everything for him to join me in Manchester, but it did not happen.”