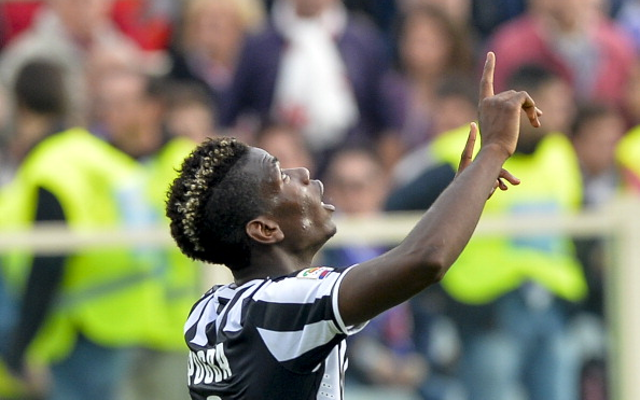 Real to make big-money bid for in-demand Serie A starlet.

Real Madrid could be set for another big-spending transfer window this January as they look to beat Chelsea to the signing of highly-rated Juventus star Paul Pogba, CaughtOffside understands.

Having broken the world record for the highest ever transfer fee during the summer by signing Gareth Bale for £85m from Tottenham, Real manager Carlo Ancelotti is keen to continue spending this January and will go all out for the 20-year-old Juventus powerhouse.

The 20-year-old looks like one of the best up-and-coming players in world football at the moment, having impressed immensely since joining Juve in the summer of 2012, after failing to make the grade as a youngster at Manchester United.

However, his remarkable rise since then with his performances in Italy have seen his value shoot up, and the Serie A champions have insisted it would take a huge offer to make them even consider selling the Frenchman.

They have conceded, however, that every player has his price, and Real Madrid are now looking to test their resolve with a mammoth bid of £45m to beat Chelsea to Pogba, with the Blues said to be pondering an offer of around £43m.

Real Madrid have a history of spending big on ‘Galactico’ signings, and have a good record of landing the players they want, and although Pogba himself has said he is happy at Juventus, his club may feel they are forced to accept such an offer from the Spanish giants.

Another famous Frenchman who made a big-money move from Juventus to Real Madrid in the past was Zinedine Zidane, and Pogba will no doubt be talked up as a potential successor to the legendary midfielder if he follows in his footsteps in making the switch to the Bernabeu.

Ancelotti has made a top midfielder his priority this January, with the likes of Sami Khedira and Xabi Alonso possibly set to leave the club and youngster Asier Illarramendi settling slowly after his summer move from Real Sociedad.

Chelsea’s Brazilian star Ramires had emerged as another target for the Italian coach, though he has now set his sights higher with what would be a stunning bid for Pogba, as he looks to add the France international to his squad of terrific young stars such as Bale, Isco and Raphael Varane.

With Juventus supposedly keen on signing Alonso, it is possible that the Spanish playmaker could be involved as part of the deal, while unsettled German international Khedira is a target for Chelsea and Manchester United.

Pogba could be joined by Liverpool star Luis Suarez at Real this January, as Los Blancos line up around £95m’s worth of spending to enhance their chances of glory in La Liga and the Champions League.

Ancelotti will get a closer look at his midfield target tonight as the two sides are set to meet in their Champions League Group B clash at the Bernabeu.