Five to leave as Ancelotti plans to revamp his squad this January.

Despite a decent start to the season this year, Real Madrid may feel they are under-achieving slightly given their ambitious summer spending. Along with appointing new manager Carlo Ancelotti to replace Jose Mourinho, who had brought much disharmony to the Bernebau towards the end of his troubled reign, the Spanish giants also splashed out on top players such as Isco, Asier Illarramendi, Daniel Carvajal, and, most notably, world-record transfer Gareth Bale, who arrived from Tottenham for an incredible fee of £85m.

Still, there are a few targets Real missed out on during the summer, with Luis Suarez a prime example, and as Florentino Perez looks to get his checkbook out again this January, several unwanted players are set to make way first. With a few big names said to be unsettled by goings on at the club, there will be some exciting transfers available that have already got the likes of Manchester United, Chelsea and Arsenal thinking. CaughtOffside can exclusively reveal the five names set for the axe at the Bernabeu… 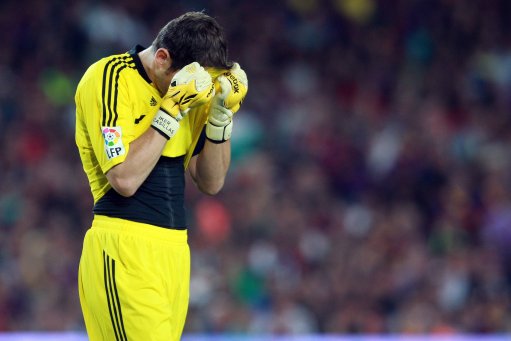 In one of the strangest transfer sagas in recent times, Real Madrid look set to inexplicably part company with one of their best-ever players. Having first been dropped by Jose Mourinho last season, Carlo Ancelotti has continued to keep Iker Casillas out of his starting lineup, preferring Diego Lopez in goal to the experienced Spanish international.

Casillas, who has won everything there is to win in the game at both club and international level, is widely regarded as one of the finest goalkeepers of his generation and one of the greatest and most loyal players in Real Madrid’s great history. The 32-year-old has been at the club for his entire career, but may now have to leave as he no longer looks to be the first choice.

Real are supposedly happy to listen to offers from any number of interested parties, including Premier League giants Manchester City and Arsenal, and other big names around Europe such as PSG, AC Milan and Borussia Dortmund. Casillas will bring in a fee of around £20m and surely be a great signing for whoever picks him up.