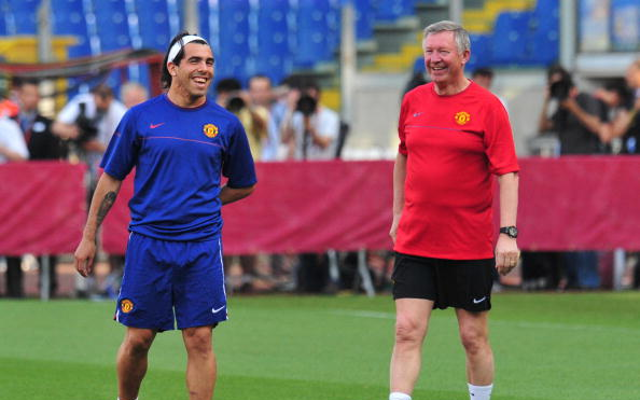 Fergie dismisses Tevez as little more than an ‘impact player’.

Sir Alex Ferguson has claimed in his recently released autobiography that former Manchester United striker Carlos Tevez was just “an impact player” who was not worth the whopping £47m transfer fee that arch-rivals Manchester City shelled out on him in 2009, according to the Daily Mirror.

The Argentine joined the Red Devils on a two-year loan in 2007, with Tevez soon becoming an instant favourite with the Old Trafford faithful over the course of the next two years, leading fans to call for him to be signed permanently towards the end of his time at the club.

However, when it came to actually bidding for Tevez, Ferguson was only prepared to offer £25m for his services, while the likes of Premier League rivals Chelsea had bid £35m to sign the Argentinian, before their city rivals from Eastlands landed the attacker for a staggering fee of £47m.

And relations between the two clubs then turned even more sour when City used an image of Tevez on a poster campaign accompanied by the words: “Welcome to Manchester”, which infuriated the Scot.

In his new book, ‘Alex Ferguson: My Autobiography’ that was published on Tuesday, Fergie says of his former player: “He’s the type of animal that needs to play all the time. If you’re not training intensively, which he wasn’t, you need to play regularly.”

And as for the fee that City lavished on Tevez, Ferguson says: “These were incredible sums. To me, he was an impact player. I wouldn’t have paid that kind of money.”