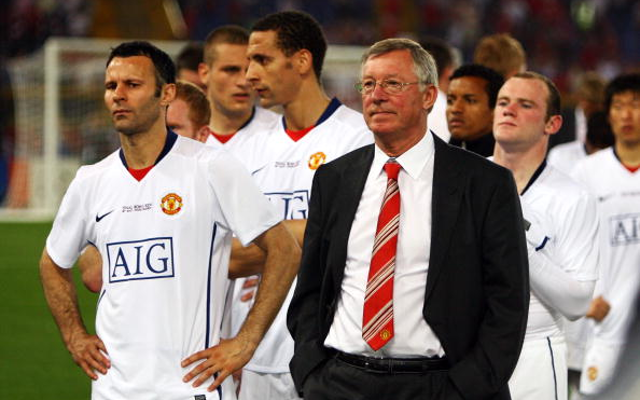 Sir Alex Ferguson has revealed what he deems to be the real reasons Manchester United were beaten by Barcelona in the final of the 2009 Champions League in Rome, according to reports in the Daily Mail.

The former Red Devils head coach has just released his new autobiography, and in it he gives his explanation as to why his side lost the European Cup final to Pep Guardiola’s men in the Italian capital four years ago.

At the time, and certainly in the days after the painful 2-0 loss at the Stadio Olimpico, most of the post-match attention was focused on how much the English team had missed holding midfield player Darren Fletcher against the quick one-touch passing of the Catalans.

And it was England international Michael Carrick who came in for much of the criticism in the immediate aftermath of the match, however, now the Scot says that the blame was to lay elsewhere, and it was three-fold.

Firstly, according to Fergie in ‘Alex Ferguson: My Autobiography’, United’s loss was down to the poor standard of the hotel that the club were staying in in Italy.

“It was a shambles. We have to hold our hands up about poor planning. We were in a room with no light, the food was late and cold,” said Ferguson.

However, as for the actual final, the 71-year-old says that Brazil midfield player Anderson only attempted five passes in the whole of the first half, while his replacement after the break, Argentina international Carlos Tevez, was only “playing for himself”.