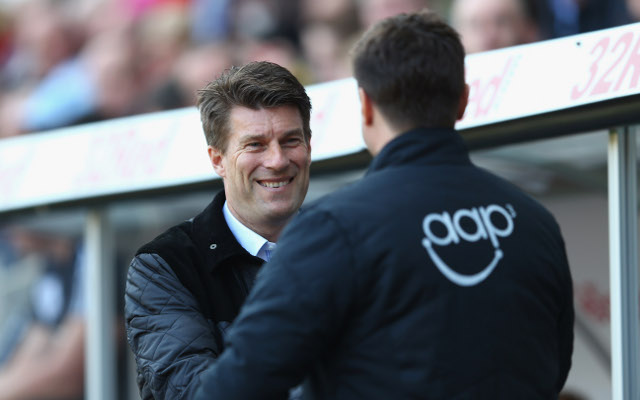 Laudrup would consider managing in Italy.

Check in to Swansea City vs West Ham United

Swansea City manager Michael Laudrup has appeared to hint at a possible move to a management role in Serie A in the future, according to talkSPORT.

The Danish coach played in Italy during his highly successful playing career, representing both Juventus and Lazio, and he has made a great start to life as a manager at the Liberty Stadium.

The 49-year-old has been linked with some high-profile positions in recent times, with the likes of Inter Milan and Benfica said to be interested in his services.

However, Laudrup maintained that he is happy with Swansea for now and not looking for an immediate move.

“Me be a manager in Serie A? I think I’ll stay a here little longer and then there is time for the future,” he said.