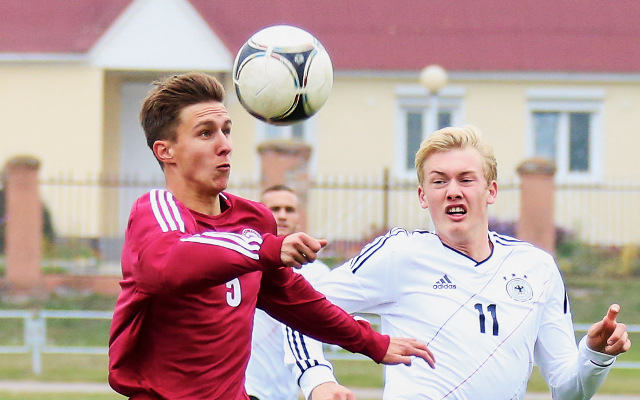 Blues had been hoping to lure the winger to Stamford Bridge at the turn of the year.

Chelsea’s hopes of being able to persuade Bundesliga outfit Wolfsburg to part company with young wide man Julian Brandt when the winter transfer window finally opens again for business in the near year appear to have hit a stumbling block, according to reports on insidefutbol.com.

The in-demand Germany Under-19 international has been attracting the attentions of a whole host of big-name clubs from across the Continent of late after a string of eye-catching displays for the Bundesliga outfit’s youth team so far in this campaign.

In fact, in total so far the 17-year-old has managed to register an impressive five goals and six assists as well in only eight competitive fixtures for the Wolfsburg junior side, and it is those kind of attacking numbers that have resulted in the likes of the west London club, as well as the current Uefa Champions League winners Bayern Munich, and fellow Bundesliga side Bayer Leverkusen, all expressing an interest in Brandt.

And with the German winger’s current contract with Wolfsburg set to run out at the end of this season, Brandt could be purchased on a free transfer come the summer, although he could also be available to snap up in the winter transfer window in January as well for a nominal fee.

However, Wolfsburg sporting director Klaus Allofs has now said: “There are no signs that indicate that he is going to move before next summer”, before going on to add: “He could have taken his first professional steps with us.”

Meanwhile, Wolfsburg head coach Dieter Hecking claimed that while he was disappointed to be losing the German, he never truly believed that the player wanted to remain at the Volkswagen Arena: “I never felt that he was going to get involved in the negotiations.”