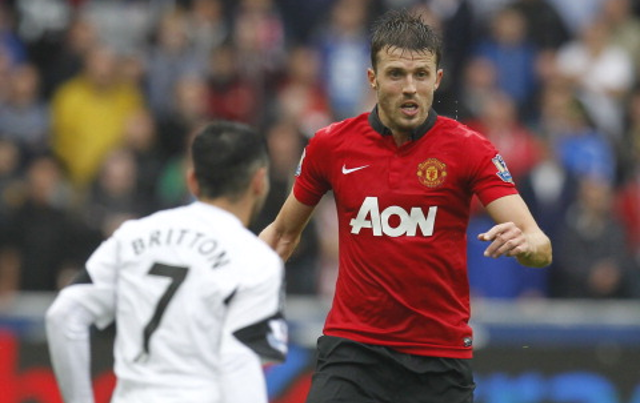 Manchester United midfielder Michael Carrick is set to extend his stay at the club as they prepare to offer him a fresh two year extension on his current deal, Goal.com reports.

The 32-year-old sees his current deal, worth £85,000 a week, expire at the end of the season and he has stated that he would be keen on staying put at the club for a little longer.

And now United are set to open talks with the former Spurs man over the next fortnight with an offer of a further two years with an option for a third built in.

However, though United are keen to retain his services, they are reluctant to give the player a longer deal as he will be 33 by the time the new season rolls around.

A number of Carrick’s more senior team-mates, including Nemanja Vidic, Rio Ferdinand, Patrice Evra and Ryan Giggs are also out of contract at the end of this season.

But new deals don’t appear likely for some as Ferdinand is believed to be eyeing up a move to the United States and Evra is expected to head back home to France.