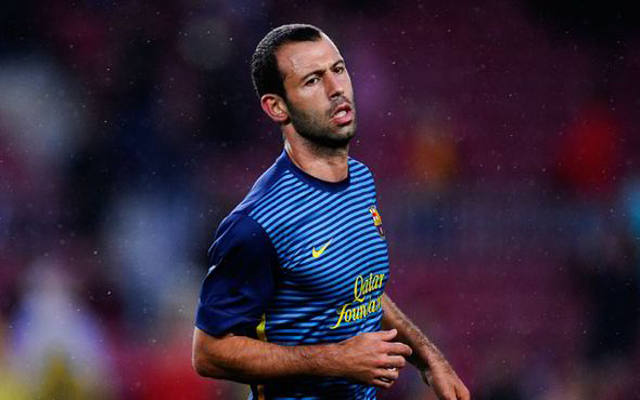 Check in to Napoli vs Torino

Napoli manager Rafael Benitez could make a move for one his former Liverpool players this January, with Forza Italian Football reporting that the Serie A side could bid for Barcelona’s Javier Mascherano.

The 29-year-old was a key player for Benitez during the pair’s time at Anfield, though he left the club shortly after the Spanish manager’s departure to move to Barcelona.

Mascherano has since found himself often played out of position as a centre-back at the Nou Camp, and though he has adapted well to the role he is understood to be tempted by the option to play in midfield again.

Napoli are keen to sign someone in that position this January, and Benitez is now set to make the Argentine enforcer his priority transfer target when the window re-opens for business this winter.

Benitez has been linked with a number of his former players since taking over at Napoli this summer, including the likes of Fernando Torres, John Obi Mikel, and Martin Skrtel.

Napoli spent well during the summer, bringing in the likes of Gonzalo Higuain and Jose Callejon to help ease the loss of star striker Edinson Cavani, and have started well this season under the management of Benitez.