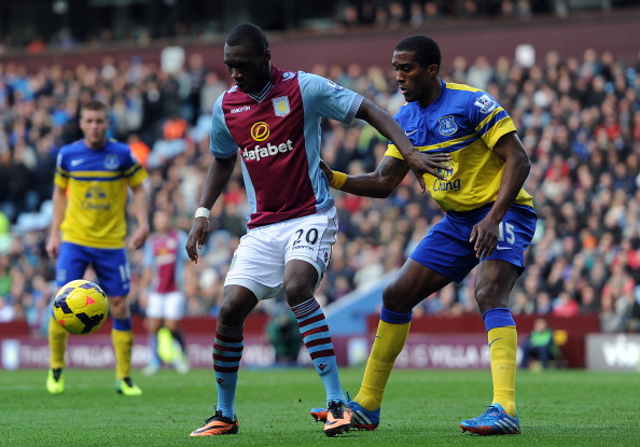 Arsenal are set to battle Tottenham in pursuit of Aston Villa striker Christian Benteke according to the Daily Mail.

Arsene Wenger is apparently keen to strengthen his Gunners attack full in the knowledge that his back-up options to French forward Olivier Giroud are fairly slim, not least as the Arsenal manager sees Lukas Podolski and Theo Walcott more as wide attacking players.

The two North London clubs will fight it out for the Belgian international who is said to be valued at as much as £28m, a price-tag that is as much down to the player being tied to a long term Aston Villa contract as it is to his undoubted ability.

The Midlands side would struggle to turn down a bid anywhere near that valuation given that they forked out just £7m for the 22 year old, likewise the former Racing Genk man would surely be tempted by the chance of a move to join Arsenal.

Benteke has more than proved himself of capable of making an impact in the English top tier, notching up 19 Premier League goals in his first season to effectively keep Paul Lambert’s side from relegation to the Championship and the powerful forward has already netted four goals in six appearances thus far this term.