A combined lineup of the best players from Chelsea and Man City.

With Chelsea and Manchester City representing two of the Premier League clubs who owe much of their recent success to their purchases by wealthy foreign owners, this clash has been hailed ‘El Cashico’ in recent years, and funnily enough this intriguing Premier League contest falls on the same weekend as the El Clasico match between La Liga giants Barcelona and Real Madrid.

While Spain’s big two will look to get ahead in their title race, this match at Stamford Bridge could also be crucial in determining the destiny of this season’s title, as neither look like they can afford another bad result as in-form Arsenal lead the chase at the top of the table. Both Jose Mourinho and Manuel Pellegrini have once again kept up their clubs’ tradition of spending big on some of the world’s best players this summer, and as always some superb talent will be on show when they meet this Sunday.

We look at a combined XI of the best from both of these sides, with some difficult choices having to be made as so many world class players compete for limited spaces… 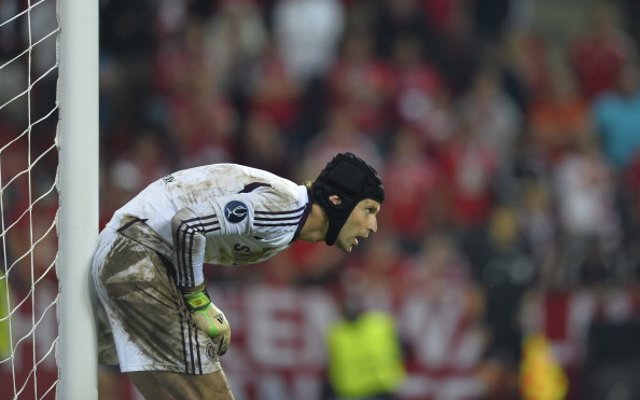 Petr Cech – The Chelsea goalkeeper is surely an undisputed choice in goal for this combined XI, with Manchester City’s Joe Hart enduring a difficult start to the season for club and country. Cech remains one of the best in the world in his position and in games as tight as this one, a mistake or a fine save could be the crucial detail that makes all the difference in the outcome of the match.

Pablo Zabaleta – A very close call at right-back with Chelsea’s Branislav Ivanovic also one of the top players in the Premier League in this position, but Zabaleta has truly become a great leader at the back for City in the last few years and has a knack for getting forward to score the occasional important goal.

Ashley Cole – With two former Arsenal left-backs to choose from, Chelsea’s Ashley Cole gets the nod over City’s Gael Clichy. The England international is simply a more reliable and consistent performer than his error-prone counterpart and has been one of the best players in the country for much of the last decade.

Vincent Kompany – Although the commanding Belgian centre-back looks set to miss this weekend’s game, City captain Vincent Kompany is a world class defender and leader, making him one of the best in the world in his position, and an inspiration to his team-mates.

Gary Cahill – A difficult choice, but Gary Cahill’s consistency puts him ahead of the eccentric David Luiz and the ageing John Terry as Kompany’s partner here, while City’s other centre-back options of Joleon Lescott and Matija Nastasic don’t really come that close to making the cut on current form.