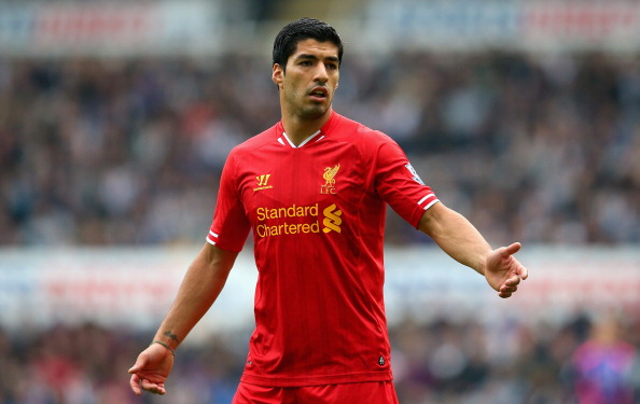 Liverpool boss Brendan Rodgers has denied suggestions that this could be Luis Suarez’s final year at Anfield and insisting that he fully expects him to be there for a lot longer yet, Sky Sports reports.

Suarez’s future was the subject of intense speculation over the summer with both Arsenal and Real Madrid looking to capitalise on his insistence of playing Champions League football.

However, Rodger’s rejected two bids from the Gunners and even suspended the player from first team duties when the situation threatened to get out of hand, but he has since apologised and has slotted back into the first team well since making his return from his 10 game ban for biting Chelsea’s Branislav Ivanovic.

The Uruguayan netted a hat trick in this weekend’s 4-1 win over West Bromwich Albion, but after the game Rodgers was forced to deflect talk that he would find it difficult to keep a hold of the player in the January transfer window.

“No, I wouldn’t say that,” insisted Rodgers. “I think he, like ourselves, wants to be at the very highest level he can be,” he said.

“And you can see by his performances he deserves to be looking at that level.

“But it also shows he has been excellent in his attitude, you see his work rate – that is the key.”

Rodgers added: “For me, this is the place for Luis. I still maintain that even if we were in mid-table this would be the place for him to be because this is a massive club – a global institution.

“But as a football club and as a team we are growing – and he can grow with us. Luis has the support of everyone at the club and the love of everyone and because this is a worldwide institution, there is no better place for him to grow.

“When a player is happy and working well you get a performance like you did [against West Brom].”