Arsenal are reportedly closing in on a deal to sign AC Milan striker Stephan El Shaarawy after the North London club opened negotiations with the Serie A side.

CaughtOffside understands that the Gunners have been involved ‘secret’ talks with AC Milan over their interest in the 20 year old Italian international, who has been something of a bit part player at the San Siro club this season.

El Shaarawy has started just one domestic fixture this term as AC Milan boss has opted to use Robinho, Mario Balotelli and summer signing Alessandro Matri as his main attacking weapons.

The lack of opportunities handed to El Shaarawy has surprised many given that the youngster finished as the club’s top scorer last term, netting 19 goals in all competitions, and now Arsenal are readying a €30m (£25m) bid for the striker who is looking for the regular first team football he needs in order to cement a prominent role in the Italian national team set-up at the 2014 World Cup finals next summer. 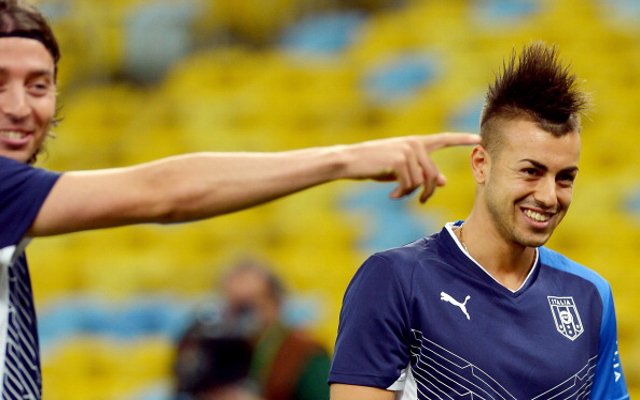 Arsene Wenger is keen to strengthen his attack and is known to be a big admirer of El Shaarawy, who adheres to the French manager’s traditional youthful transfer policy.

Arsenal have started the season brightly and the club’s board are ready to hand Wenger substantial funds to be used as needed in the January transfer window and AC Milan are said to be ready to consider big money offers for El Shaarawy who they would prefer to sell to a side overseas as the prospect of selling such a talented youngster to a fellow Serie A side is likely to greatly anger the Rossoneri supporters.

Currently Arsenal rely heavily on Olivier Giroud but with Lukas Podolski and Theo Walcott chiefly considered as wide attacking options Wenger is looking to bring in another striking weapon to assist in the club’s push for the Premier League title, hence his very real interest in Stephan El Shaarawy.