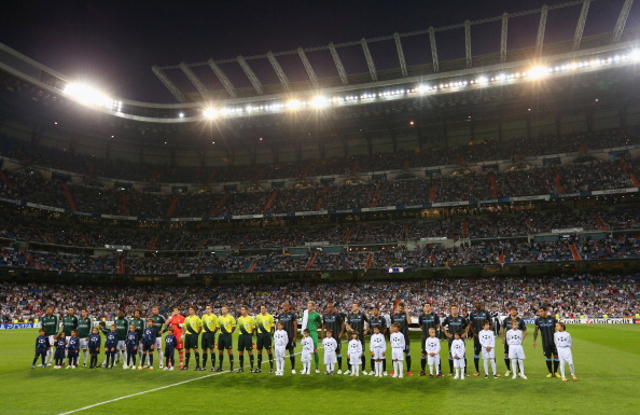 La Liga side ready to cash-in.

Real Madrid are reportedly considering cashing in on a deal that would see giants Microsoft sponsor the La Liga club’s stadium according to Forbes.

The move to hand stadium naming rights to Bill Gates’ company would see the Bernabeu side net around $10m (£8.5m) and it’s a move that club president Florentino Perez is seriously considering.

Spanish source El Confidencial believe Bill Gates is negotiating with Real Madrid to attach the name of the technology company to the end of the club’s home venue, leading to the stadium being named the ‘Santiago Bernabeu Microsoft’ stadium.

Real Madrid and Gates already work alongside each other in a charitable relationship to promote education in Latin America and the Caribbean through sports and technology.