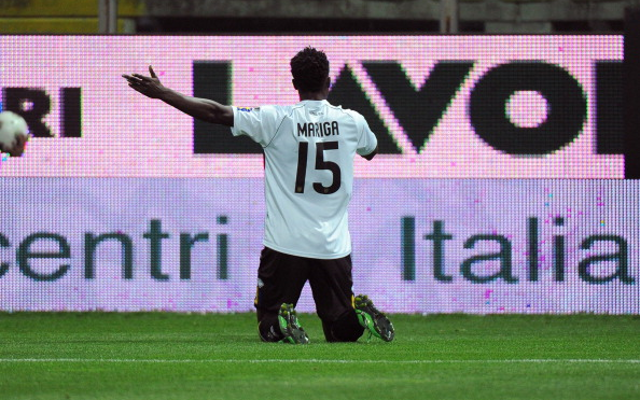 Southampton could sign the older brother of current midfield star Victor Wanyama, as they are linked with a January move for Inter Milan midfielder McDonald Mariga, according to Forza Italian Football.

The Saints signed Wanyama from Celtic during the summer, and the Kenyan international has impressed in his short time at the St Mary’s Stadium, and he could line up alongside his older brother for the second half of the season.

Mariga has been with Inter since 2010, though he has spent much of his time there out on loan from the club with the likes of Parma and Real Sociedad.

The 26-year-old is keen to seal a permanent move away now as he looks unlikely to break into Walter Mazzarri’s starting lineup, particularly with the Italian giants now backed by wealthy Indonesian businessman Erick Thohir, who plans to make some big-name purchases in the January transfer window.

This could lead to a number of Serie A sides looking to take him on, though a move to the Premier League is also said to be an option, with Southampton leading the chase for his signature.

Mariga previously came close to joining Manchester City in 2010, though he failed to obtain a work permit for the move.