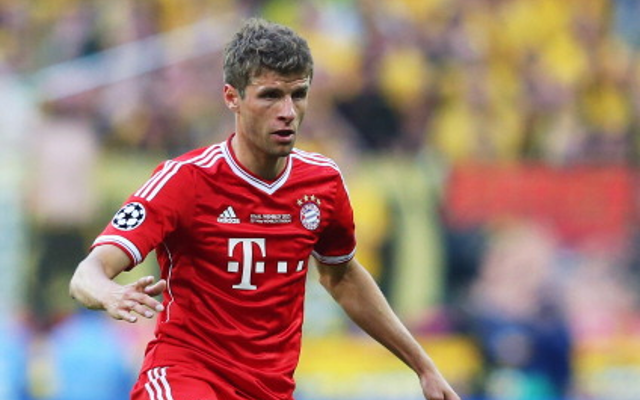 Check in to 1899 Hoffenheim vs Bayern Munchen

Bayern Munich forward Thomas Muller has reiterated his stance over his future by once again insisting that he will not be leaving the club to join Spanish champions Barcelona, Sky Sports reports.

The 24-year-old had been linked with a move to Catalonia earlier this month but he had brushed the rumours off as idle speculation, but the links refused to go away and he has once again been forced to come forward and make a clear statement on his future.

And though he has said that he is flattered to be linked to a club of the stature of Barcelona, he insisted that he is happy at Bayern and is not looking to leave anytime soon.

“I have not been in touch with Barcelona,” Muller told Sky Deutschland.

“I do not have to feel ashamed being linked to club like Barcelona. But there was nothing in between me and that club.

“Everyone who knows me is aware Bayern Munich is deep down in my heart.

“I have the desire to stay a player of Bayern Munich for a very long period of time.”

Muller has continued his fine form well into the current season and so far has nine goals in 16 appearances across all competitions.