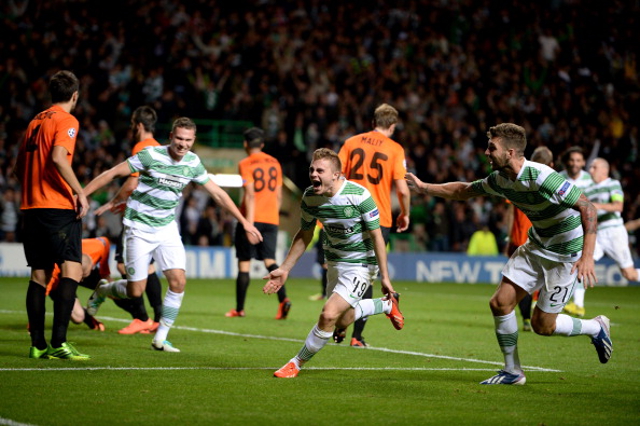 Welsh side keen on Parkhead wide-man.

Cardiff City have set their sights on young Celtic winger James Forrest according to the Daily Record.

The Welsh side have scouted the 22 year on a number of occasions this season and Cardiff City boss Malky Mackay made a personal check on Forrest during Celtic’s recent Champions League clash with Barcelona.

Forrest is tied down to a long term contract that runs until 2016 though Neil Lennon will still be fearful that another of his talents will be lured to the Premier League having seen both Victor Wanyama and Gary Hooper leave for Southampton and Norwich City respectively over the summer.

The Parkhead will consider offers of £7m and above for Forrest, who is into his fifth season in the Celtic first team set-up and has made 108 appearances for the Bhoys, scoring 20 goals in the process.