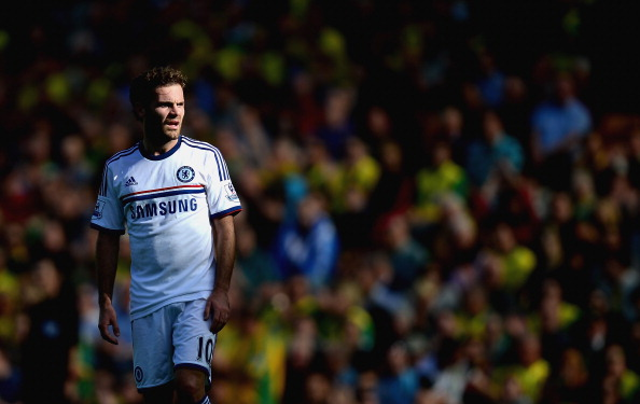 Parisians are lining up a number of potential signings come the turn of the year.

Mega-rich Ligue 1 outfit Paris Saint-Germain will attempt to sign unsettled Chelsea wide man Juan Mata when the winter transfer window finally opens again for business in the new year if the French champions first fail in their efforts to lure three Bundesliga-based stars to the Parc des Princes, according to reports in German sports daily Bild.

The big-spending Ligue 1 side are reportedly keeping close tabs on Bayern Munich winger Arjen Robben, FC Schalke o4 midfield player Julian Draxler and Borussia Dortmund forward Marco Reus, with a view to luring one of those star players to the French capital come the turn of the year.

However, should Laurent Blanc’s men fail in their bid to land one of those three attackers, then the club will instead turn their attentions towards the west Londoners’ out-of-favour Spain international.

Mata has been attracting much publicity ever since Chelsea head coach Jose Mourinho made his emotional return to Stamford Bridge last summer, with the self-styled ‘Special One’ having only used the Blues’ double Player of the Year from the previous campaign in a bit-part role to date in the capital.

As a result, there have been a number of question marks about Mata’s future at the club, with PSG now reportedly also set to enter the race for the 25-year-old Spaniard’s signature.