Here are our picks for the best ten right-backs in the English top tier, on the final page you will find our poll, vote for your favourite as we look to put together a ‘Premier League Best XI’ 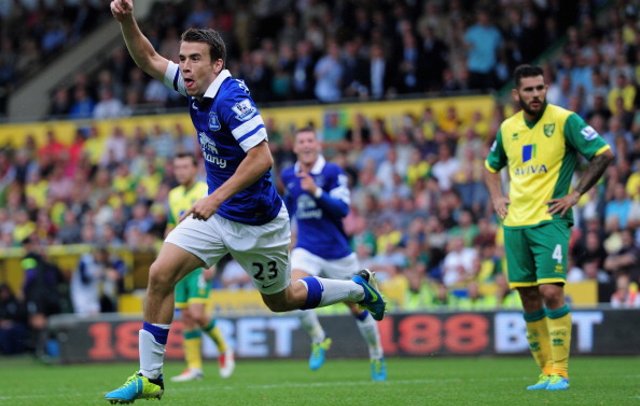 After starting his career at Everton as a winger, Seamus Coleman is now a highly accomplished right-back, bringing great pace and attacking ability to the role, as well as maturing defensively. The 25-year-old was a great discovery by former Toffees manager David Moyes, who signed him for just £150,000, and continues to shine under new manager Roberto Martinez, netting a goal on the opening day of the season and playing a crucial part in the Merseysiders’ impressive start to the season.