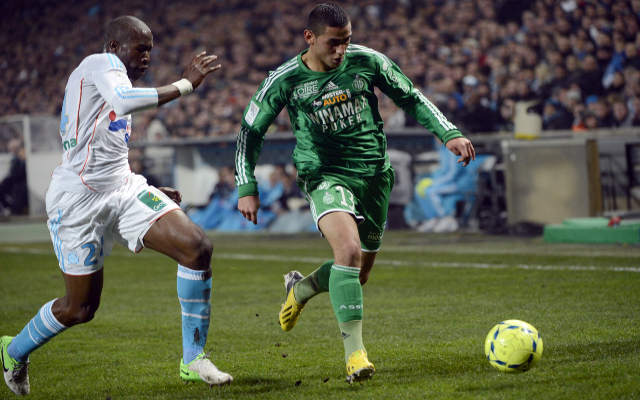 Italian giants in for talented full back.

AC Milan are reportedly lining up a January move for Saint Etienne full back Faouzi Ghoulam as they look to further strengthen their back line in the wake of some recent poor results, according to French website foot-sur7.fr.

The French-born Algerian international has been watched by a number of clubs since he first broke through into the Les Verts side back in 2010 and almost joined fellow Serie A side Torino in the summer window.

Saint Etienne were in great form last season and the 22-year-old was a key part to their success and scouts from club’s all over Europe are believed to be regular visitors to the side’s games where he is very much a hot topic.

Milan have already added defender Adil Rami and midfield ace Keisuke Honda to their ranks and both will be available to complete their moves and make their debuts in the new year, but Massimiliano Allegri is keen to add further defensive options to his back line as their sluggish start to the season threatens to carry on into the midseason break.

Saint Etienne are thought to be open to offers for Ghulam, but it will require a fee of around €4m to prize him away.