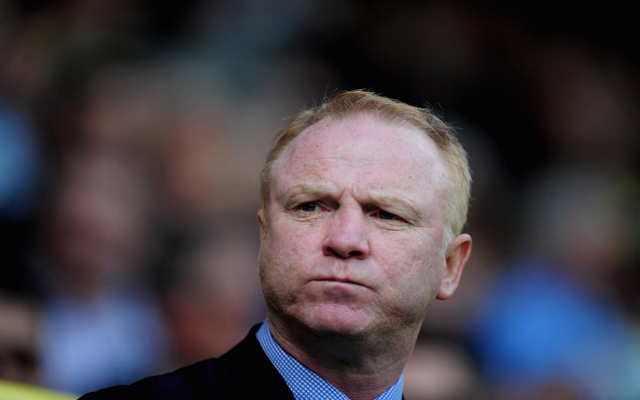 Former Birmingham and Aston Villa manager Alex McLeish admits he would be interested in the possibility of taking over as manager of Crystal Palace, according to Sky Sports.

The Scot has been out of work since a disappointing spell in charge of Championship side Nottingham Forest, though he believes he could help keep struggling Palace in the Premier League.

The Londoners recently parted company with Ian Holloway after a difficult start to life in the top flight, and have been linked with a whole host of replacements.

Former Stoke City boss Tony Pulis has emerged as the favourite for the job, though McLeish has hinted that he would like to be considered.

“There hasn’t been any contact yet but I am available as a free agent,” he said.

“Crystal Palace are in a position that’s precarious for them but there’s still a lot of points to play for.

“I’ve had those kind of challenges before and I’ve had some success and some failures, but if you’ve got a fighting spirit and good players playing to their strengths, then why can’t Palace stay up?”