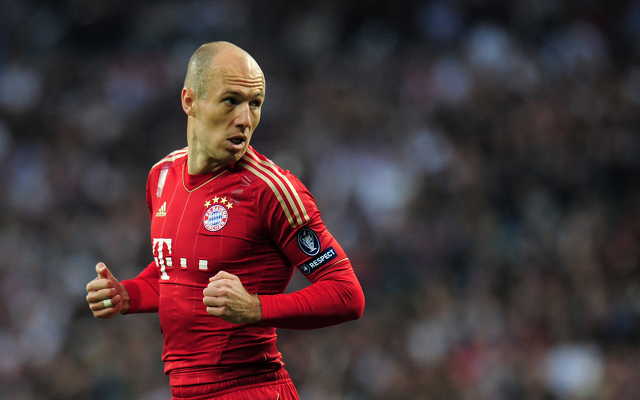 Dutch winger flattered, but happy at current club.Bayern Munich star Arjen Robben admits he is flattered to be linked with PSG, though he remains happy at his current club, according to Goal.com.

The Dutch winger has been in terrific form over the last year or so, playing a key role for the Bundesliga giants as they won the treble last season.

It was Robben’s late winner that sealed a dramatic victory over rivals Borussia Dortmund in the Champions League final at Wembley in May, completing one of the finest seasons of his career, and with Bayern looking strong again this season he will be confident of finding further success at the Allianz Arena.

PSG have signed some of the world’s biggest names in recent years following their Qatari takeover in 2011, and hope to continue their big-spending this January, with Robben emerging as one of their top targets alongside other Bundesliga stars Julian Draxler and Marco Reus.

However, they look likely to miss out on this somewhat ambitious target, with Robben insisting he is happy at Bayern Munich at the moment and not looking to move, despite calling the link with PSG ‘flattering’.

“It’s always an honour when a big team [like PSG] show an interest in signing you,” the former Chelsea attacker said.

“But everybody knows that I am feeling very well at Bayern at the moment.

“I don’t know anything about the rumour and I only want to think about playing football.”