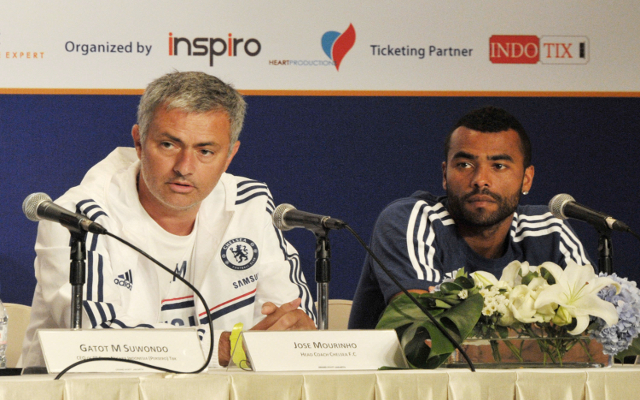 Englishman has been with the Blues since 2006.

Experienced Chelsea full-back Ashley Cole has revealed that he would like to extend his stay at Stamford Bridge beyond the end of this season, according to reports in the London Evening Standard.

The highly rated England international has been with the west London club now since the summer of 2006, when the current Blues head coach Jose Mourinho signed Cole from arch-rivals Arsenal for a fee of just £5 million, plus French utility defender William Gallas, who joined the Gunners as part of the much-publicised deal.

And in the intervening seven years, Cole has gone on to establish himself as being the stand-out left back in the top flight, during which time the 32-year-old has won the Premier League, League Cup, Uefa Champions League, Uefa Europa League and four FA Cups.

However, with Chelsea operating a policy whereby they only offer players over 30 one-year contract extensions, Cole was only handed a short-term deal last January to see him through this current campaign.

But now the Englishman is hoping that his employers do the same come the turn of the new year by giving him another one-yearcontractl to extend his stay in the capital until the summer of 2015.

“I signed an extension at the start of the year and so have this year left and it will be up at the end of the season. I hope to stay for longer. I have had a great time here, a great career here and, of course, I’d love to stay if they still want me,” said Cole.

“There is going to be a time when they will have to replace me. I have Ryan [Bertrand] in my place and one day I’m going to want to watch him play, so the time will come when I do finish my career.”