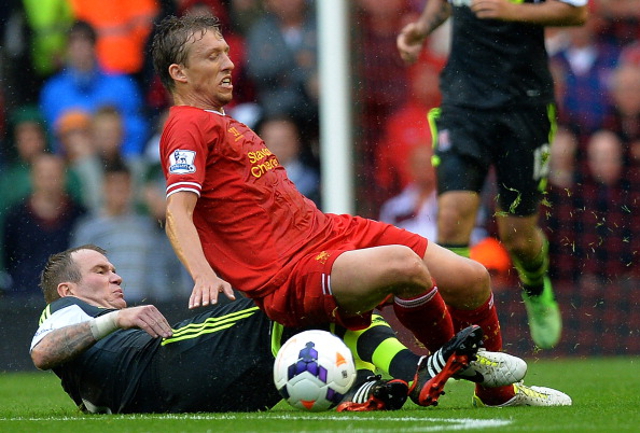 Former Liverpool boss Rafa Benitez has set his sights on his former Anfield charge Lucas Leiva as he seeks to add more steel to his Napoli midfield according to CalcioMercato.

Benitez had been interested in Barcelona’s Javier Mascherano, another of his former players, but having seemingly given up on such a move the Spaniard will look to lure 26 year old Leiva to Naples instead.

Lucas Leiva has started the new campaign in excellent fashion, seemingly returning to something like his best form after prolonged injury concerns and Brendan Rodgers will not be looking to lose the former Gremio man.

Rafa Benitez’s Napoli are however riding high in Serie A, sitting in second spot after collecting seven wins from their opening nine fixtures, and as such could perhaps be a tempting proposition for Lucas as he seeks to cement a more prominent spot in the Brazilian national team set-up with the 2014 World Cup finals looming large.

Leiva has made a total of 222 appearances for Liverpool since moving to the Merseyside club back in the summer of 2007.