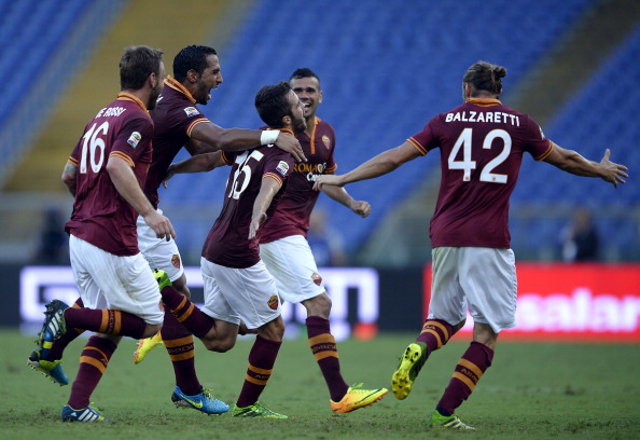 Serie A leaders aim to tie down influential playmaker.

Check in to AS Roma vs Chievo

Roma are set to offer a contract extension to Tottenham and Manchester United target Miralem Pjanic, according to talkSPORT.

The Bosnian international has been one of Roma’s best players this season, and his fine performances have attracted strong interest from two of the Premier League’s biggest clubs.

Spurs were first linked with the 23-year-old during the summer as they also brought in Argentine forward Erik Lamela from the Serie A giants, and it is expected that they will try again for him when the transfer window re-opens in January.

However, United will also step up their interests in Pjanic as they are desperate to bring in a new midfield playmaker following the retirement of Paul Scholes at the end of last season.

Manager David Moyes failed in his attempts to sign the likes of Thiago Alcantara and Cesc Fabregas during the summer and continues to be linked with a number of similar players after his side have endured an inconsistent start to the season.

Pjanic could remain with Roma, however, as the club look to be surprise contenders for the title this season under the guidance of new manager Rudi Garcia, who has led the Stadio Olimpico outfit to nine wins out of nine so far.