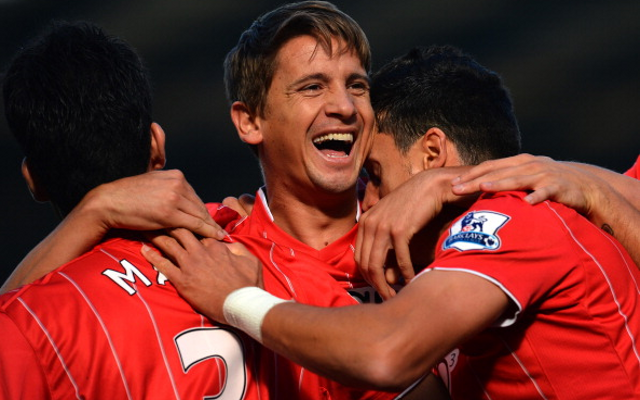 Unsettled Saints midfielder could be on the move.Southampton’s unsettled midfielder Gaston Ramirez has emerged as a January transfer target for Turkish giants Galatasaray, according to the Daily Mail.

The Uruguay international has struggled to settle in the Premier League since moving to the St Mary’s Stadium last summer, and has also been linked with a return to Serie A on several occasions.

It has been suggested that Ramirez does not get on with Southampton manager Mauricio Pochettino, which has alerted Galatasaray to his potential availability.

The Turks, managed by former Manchester City manager Roberto Mancini, now seem to be leading the chase for the 22-year-old’s signature.