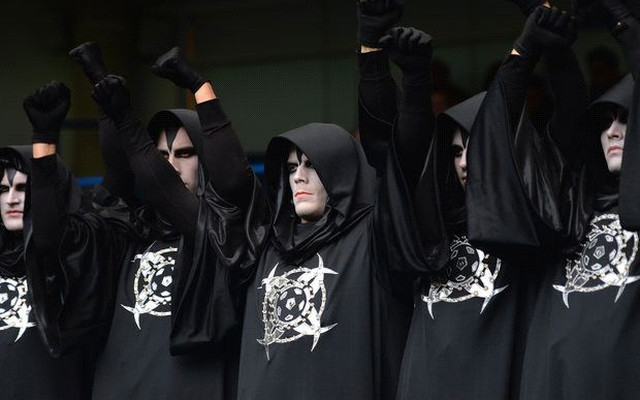 By now you must have witnessed the strange goings on in football stadiums across the world over the last week. Here is footage found from the Chelsea vs Man City match that took place this Sunday…


The mysterious men in robes at Stamford Bridge were spotted performing their strange and eerie rituals, as the teams played on, have been causing a stir ever since as we continue to wonder what it is they want.

And now the bizarre crop circles that have appeared on Hackney Marshes, home to thousands of football die-hards every weekend, have all been pointing to one thing. We’re under attack!

#WINNERTAKESEARTH has been appearing everywhere the robed men have been, but why? Are they hoping to take on eleven of the world’s finest in a game to the bitter end? And if so what if we lose, are we looking down the barrels of the end of civilisation as we know it? We need to remain vigilant and keep on the lookout for more clues.

The whereabouts of the eleven men are currently unknown, though they have also been spotted at the Alianz Arena in Munich and the Juventus stadium in Turin, so we must make sure to keep an eye out for them and reports on their whereabouts at all times.

Take to the internet and if you spot anything like these mysterious Sightings, let others know using #WINNERTAKESEARTH and together we can beat them at their own game and let them know that we are ready for them.

When they come, we will be ready, and we will defeat them and send them back to where they came from.