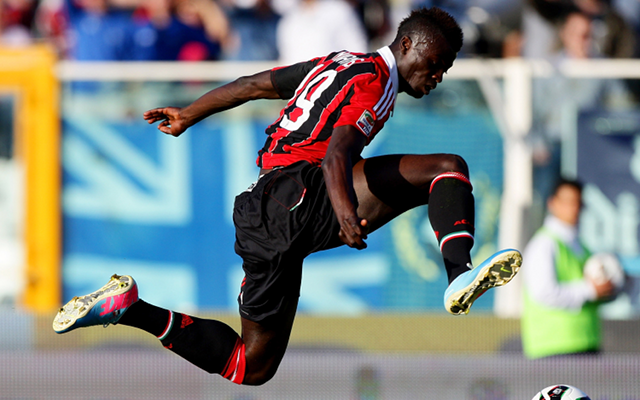 Arsenal manager Arsene Wenger could look to solve his problems upfront by making a £6m January bid for AC Milan youngster M’Baye Niang, according to the Daily Express.

The Gunners have had to rely solely on Olivier Giroud to be their main striker this season, and are expected to strengthen in that area when the transfer window re-opens in the winter, having missed out on some big-name forwards during the summer.

Although the likes of Luis Suarez remain on Wenger’s radar, it seems increasingly likely now that the Frenchman will look to bring in an exciting prospect on the cheap, with Niang possibly available this season after failing to establish himself as a regular at the San Siro.

The 18-year-old is highly rated in his native France, but has not managed to make an impact since signing for Milan from former club Caen, and may feel a move to the Emirates Stadium could be a positive step forward in his career.

Arsenal have a good track record of nurturing young players and giving them a chance to play regularly, and Niang certainly has the potential to become a good squad player at the club, particularly if Giroud suffers from fatigue as the season goes on.