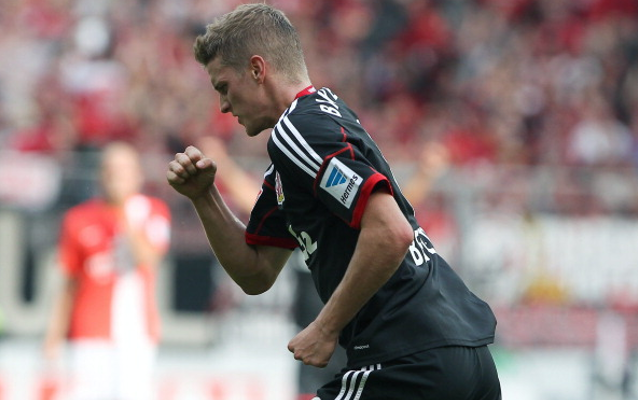 Check in to Shakhtar Donetsk vs Bayer Leverkusen

Arsenal are set to miss out on one of their main transfer targets for January as Lars Bender has agreed to sign a new contract with Bayer Leverkusen, according to the Daily Mail.

The Gunners tried to sign the German international midfielder during the summer and looked likely to revive a move for him when the transfer window re-opened in January, though he would now appear to be unavailable.

The 24-year-old has also attracted interest from Manchester United with his impressive displays in the Bundesliga, though he has committed his future to the club by penning a new deal that lasts until 2019.

Both Arsenal and United are somewhat short in midfield at the moment, and will now have to look elsewhere to plug that gap, with Ilkay Gundogan another German-based player to be linked with the two teams.

However, Barcelona are also keen on the Borussia Dortmund star, which could lead to a highly frustrating transfer window all round for the two Premier League giants.

Leverkusen finished third in the Bundesliga last season and, having sold star player Andre Schurrle to Chelsea in the summer, will be delighted to have held on to a key member of their squad here.