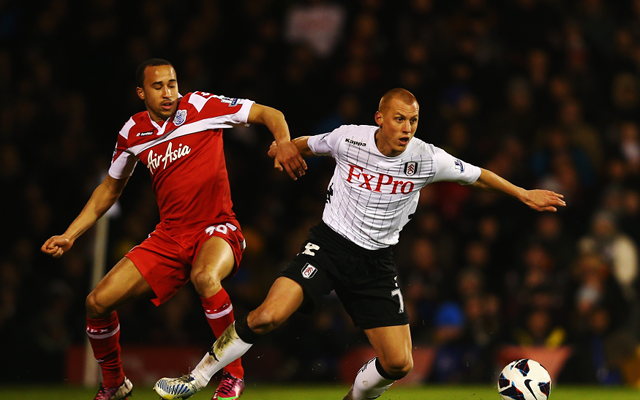 Midfielder has been ever-present for Cottagers this season.

In-form Fulham midfield player Steve Sidwell has rejected the west London club’s offer of a new one-year contract to remain at Craven Cottage beyond the end of this season, according to reports in the Daily Mirror.

The former England Under-21 international’s current deal with the Cottagers now only runs until June 30 2014, with his employers having recently offered Sidwell a one-year extension.

However, the 30-year-old has since turned that offer down, with Sidwell said to be demanding a three-year deal instead to match the same terms that fellow midfield player Scott Parker was given by the club when he moved to the capital last summer.