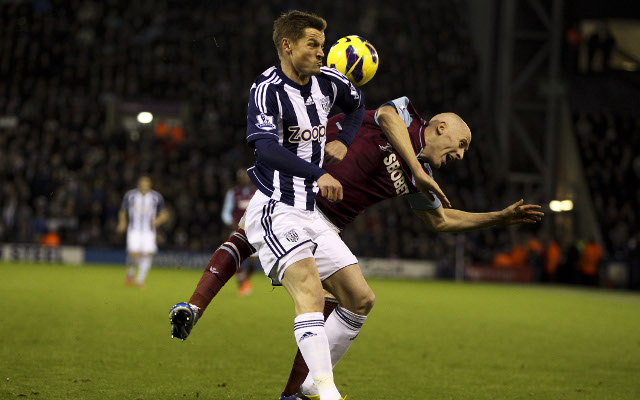 Swedish striker could exit the Hawthornes in the new year.

Striker Markus Rosenberg has admitted that he may have to leave West Bromwich Albion during the January transfer window as he continues to struggle to get into Steve Clarke’s side, Sky Sports reports.

The former Swedish international forward told reporters in his hometown that he is growing disillusioned with life in the West Midlands and will seek a resolve to his situation after the new year should it not change.

The 31-year-old has generally struggled for game time since joining the club in the summer of 2012 and has failed to find the net even once in 33 outings for Steve Clarke’s side.

“The manager says that I will get the chance but I never get it. We have a big squad and he chooses other players,” he said.

“It is a tough time and it has been for almost one and a half years.”

Rosenberg also expressed his disappointment at the club’s acquisitions in his position over the summer, as a host of attacking players such as Nicolas Anelka, Stephane Sessegnon and Matej Vydra arrived to provide even further competition for a starting place.

“That felt tough. I played and scored in pre-season so I don’t think I can do any more,” he added.

“I will wait until the transfer window in January and will see if I have got playing time by then. If nothing has happened, I will have to sit down and talk with the club.”

But he denies that he is already seeking a move, despite concerns over his long-term future at the Hawthorns.

“I have not talked to any clubs,” he told Fotbollskanalen.se. “But I want to play football. I have had patience all this time but now it is tough.”