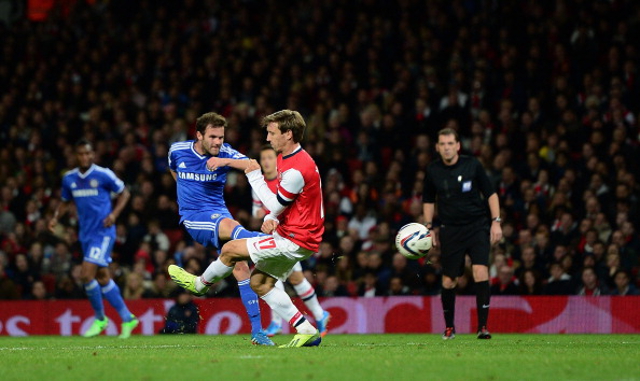 Check in to PSG vs Lorient

Big-spending PSG could make yet another high-profile signing this January as they hope to sign Chelsea star Juan Mata for £35m, according to Goal.com.

The 25-year-old has been unsettled at Stamford Bridge this season after falling down in the pecking order under new manager Jose Mourinho, and could be tempted to leave the club in January.

With the World Cup in Brazil coming up next summer, Mata will want to ensure he is playing regular first-team football, which has not always been the case at Chelsea so far this season with Mourinho often favouring Oscar in his side’s ‘number ten’ position.

Mata almost left in the summer, with PSG among his many suitors then, and it now seems likely that the Blues will be willing to listen to offers for the Spanish playmaker when the transfer window re-opens.

With Laurent Blanc’s side likely to sell a couple of squad players in that position, with both Javier Pastore and Jeremy Menez being linked with Liverpool, Mata could be an ideal upgrade for the French giants in that area of the pitch.

Chelsea are also well-stocked in that department, and may be glad to take the opportunity to sell Mata abroad rather than to a Premier League rival.