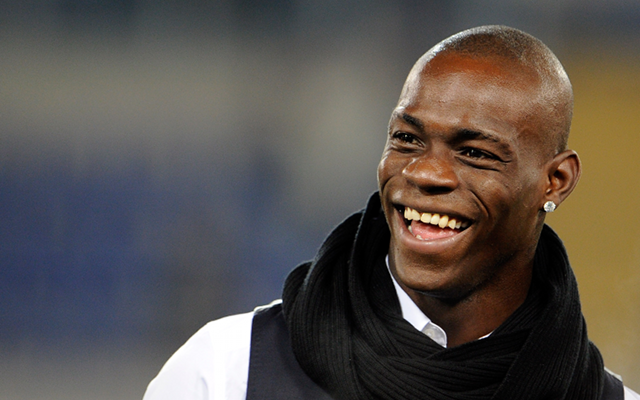 ‘Balo’ has only been at San Siro since January, but all is not well between him and his employers though.

AC Milan striker Mario Balotelli could be about to be reunited with his former head coach Jose Mourinho at Stamford Bridge when the winter transfer window opens again in the new year, according to the Italian’s agent in the Daily Express.

Balotelli and the self-styled ‘Special One’ worked together at Inter Milan for two years between 2008 and 2010, during which time they won two Serie A titles, the Coppa Italia and the Uefa Champions League.

However, the pair also spectacularly fell out after the Portuguese famously labelled his striker as “unmanageable”, although rumours have now started to circulate in both the English and Italian press that Balotelli may be soon on his way to Stamford Bridge to help ease the west London club’s lack of goals in attack so far in this campaign.

And that is a story that the Italy international’s agent has since confirmed.

“Balotelli and [Chelsea boss] Jose Mourinho could be reunited because they know each other and they didn’t leave each other with hate,” Mino Raiola told Tika Taka on Italia 1.

“There was a not very nice incident between them, but they parted company on good terms.

“They have remained in contact and there is mutual respect.

“I know Milan vice-president Adriano Galliani will not agree, but Mario is a great striker.

“That is for certain and he could perhaps be that at Chelsea.”

Balotelli joined the Rossoneri last January from Premier League giants Manchester City on a four-and-a-half-year deal for an initial fee of 20 million euros, although that could increase depending on certain add ons, with the forward having since netted 17 goals in 23 matches for the Serie A outfit.