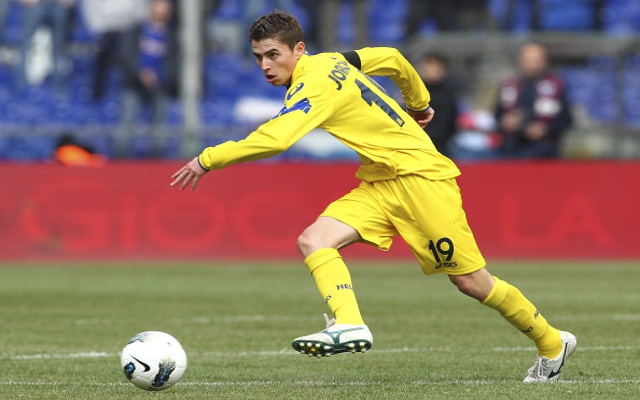 Italian starlet to review future at the end of the season.

Check in to Genoa vs Hellas Verona FC

The agent of highly-rated Hellas Verona starlet Jorginho has hinted that his client could consider a move away from the club at the end of the season, according to the Daily Star.

The 21-year-old has been in impressive form this season upon his side’s promotion to Serie A, scoring five goals in ten appearances and attracting the attention of Premier League giants Liverpool, Chelsea and Arsenal.

A skillful attacking midfielder, Jorginho is a Brazilian-born Italy Under-21 international, and has shown glimpses of talent that suggest he has a big future in the game.

His agent Joao Santos insists the player is happy with Verona at the moment, although his situation next season could depend on whether the ever-improving club manage to qualify for Europe.

Verona have their eye on the Europa League this season after a promising start to life in the Italian top flight, and Santos says Jorginho’s dream is to play for the club in Europe.

He admitted, however, that he could look to move on to bigger things if the team do not manage to match his ambitions and secure a European place.

“He could leave in the summer if he continues to confirm himself at this level, even if it would be pleasing to see him, Martinho and Rafael still wearing the Gialloblu jersey if Verona qualified for the Europa League,” his agent said.

“Right now his dream is to play in Europe with Hellas.”