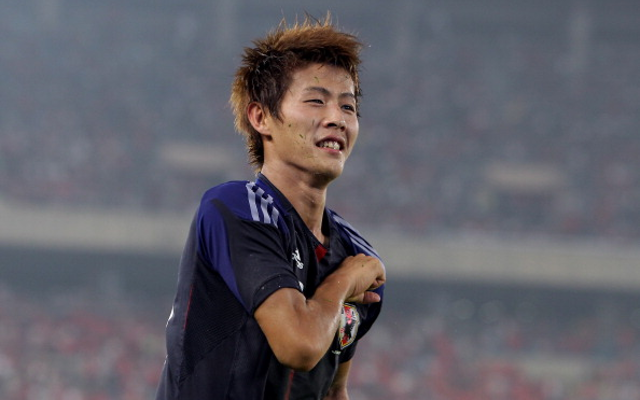 Youngster has been banging the goals in of late.

Premier League leaders Arsenal and Serie A giants Inter Milan are set to go head to head when the winter transfer window opens again for business at the turn of the year in the race to win the signature of highly rated Cerezo Osaka midfield player Yoichiro Kakitani, according to reports in the Daily Star.

The in-demand Japan international has been closely monitored by both European heavyweights for some time now, with Kakitani first coming to prominence six years ago during the Fifa Under-17 World Cup, when the player scored a stunning goal from the halfway line against France.

And with the 23-year-old having also been in fine goalscoring form for both his club side, as well as his country, of late, the two clubs are reportedly keen to sign Kakitani in the new year.

The midfield player has managed to find the back of the net on an impressive 23 occasions in total in only 39 matches in all competitions for Osaka so far this season, as well as contributing four assists along the way, including 17 strikes and two assists in just his 29 league outings for the club.

As a result, it is those kind of eye-catching attacking numbers that have led the Gunners and Inter to battle it out to sign Kakitani in January.