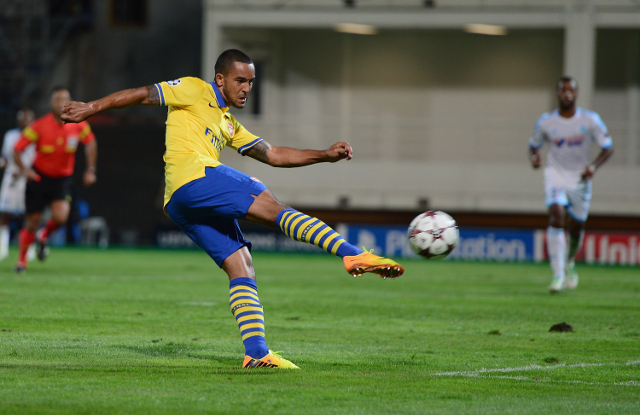 Ligue 1 big spenders AS Monaco are reportedly ready to make a big money offer for Arsenal attacker Theo Walcott according to TuttoMercato.

The 24 year old England international has been out injured since late September and prior to being sidelined had failed to impress this term. Indeed Walcott could struggle to retain a regular spot in Arsene Wenger’s starting eleven given the fine Premier League form the North London club have been exhibiting over the past couple of months.

AS Monaco have also started the season brightly and currently sit second in the Ligue 1 table and are still unbeaten and a move to join the mega rich principality side could perhaps tempt Walcott.

Former AS Monaco boss Wenger will however surely look to keep hold of Walcott given that he doesn’t have all that much in the way of strength in depth in this attack.

However an offer of €40m (£34m) could be tough to turn down especially if Arsene Wenger has his sights set on possible January purchases that could keep his side’s push to end a lengthy silverware drought on course.

Walcott moved to Arsenal back in January 2006 and has made a total of 270 appearances for the club, scoring 64 goals in the process.