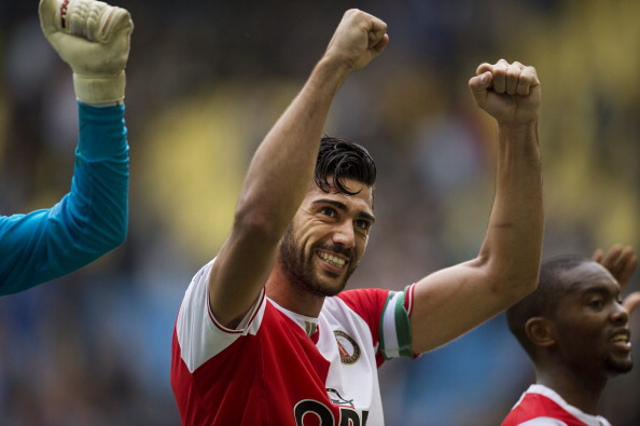 Chelsea are reportedly set to challenge Barcelona in pursuit of Feyenoord striker Graziano Pelle according to the Metro.

The 28 year old Italian has been in fine run of form since moving to Holland, scoring 27 goals in 29 matches for Feyenoord during a season long loan spell last term and has continued that goal glut this term since signing for the club on a permanent basis, netting ten goals in ten Eredivisie appearances.

Jose Mourinho is thought to be keen on bringing in fresh striking options in January after failing with efforts to land Man United striker Wayne Rooney over the summer.

Barcelona are also keen on Pelle but the allure of playing under Mourinho is said to be a factor that is leading Chelsea to close in on a potential move to sign the former Parma and Sampdoria forward.

The powerful forward may well be physically ideal to make a genuine impact in the English top tier and Chelsea are ready to make a £6m offer for the forward.

Though Chelsea have found goals easier to come by in recent weeks the club’s quartet of strikers, Samuel Eto’o, Andre Schurrle, Demba Ba and Fernando Torres have scored only three Premier League goals between them this season.