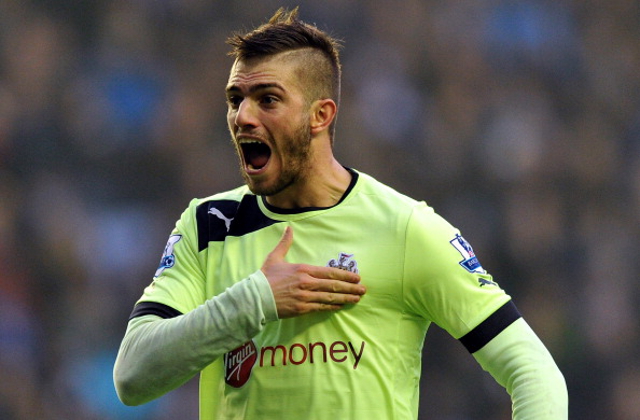 Chelsea boss Jose Mourinho is said to be considering a move to sign Newcastle United full-back Davide Santon according to CalcioMercato.

Mourinho knows the 22 year old Italian international well from his time as Inter Milan boss and is keen to bring in the left-back, who can also play on the right hand side of the defence if necessary, perhaps as a long term replacement for England veteran Ashley Cole.

Santon moved to St James’ Park in August 2009 and has impressed overall and is on the fringes of a regular spot in the Italian national team set-up, his last call-up coming back in February this year, and therefore a high-profile move to Stamford Bridge would certainly interest the young full-back.

Jose Mourinho may well be keen to put his stamp on the Chelsea squad he inherited from Rafa Benitez and will no doubt be looking at potential January acquisitions to help in the West London club’s push for major honours.

Santon has made a total of 63 appearances for the Toon Army and is no doubt a player Magpies boss Alan Pardew wouldn’t want to sell but a good offer could well be considered by owner Mike Ashley who is clearly not averse to cashing in on Newcastle United talent.