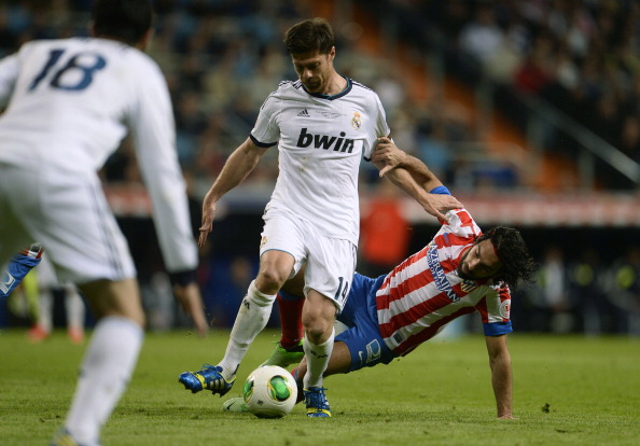 Chelsea are ready to offer Real Madrid midfielder Xabi Alonso a three year deal in order to tempt the Spanish international into a Premier League return according to the Metro.

The 31 year old is out of contract at the Bernabeu in the summer and as such can agree a pre-contract deal with Chelsea in January and a lengthy offer could perhaps lure the World Cup winner to Stamford Bridge to reunite with his former Real Madrid boss Jose Mourinho.

Injuries have kept Alonso from any action for club or country this season but when he does return from the sidelines he may struggle to unseat with Sami Khedira or new signing Asier Illarramendi from the first team set-up as Carlo Ancelotti looks to plan for the future.

The Spanish international has yet to play for club or country this season after being hampered by injuries, but could return to the fold shortly having returned to training this month.

Chelsea are thought to be ready to reverse their policy of only offering one year deals to players over the age of 30, as has been the case with recent deals with veteran pair Ashley Cole and Frank Lampard, and such a move could well impress upon Alonso just how badly Mourinho wants to acquire his services.

Liverpool may also be keen on re-signing Alonso if indeed Real Madrid do not manage to tie down the midfield maestro to a new deal.